“Is it the one at Once Upon a Crime? The one Meg took?”

“You know, you could come over here and look, love.”

“I’m doing my homework.” My writer, sitting across the office in one of the recliners, glances up from her notebook. “I don’t care. Just pick one. I’m trying to get this done, which is the whole point of you doing my blog post, remember?”

Bloody hell. Fine. “Then don’t complain if it’s the wrong one.” There. “You know, you should have had more books on the table.”

Author signing at Once Upon a Crime bookstore

She rolls her eyes. “Whatever.”

All in all, she said the event went well, even if she didn’t know beforehand the bookstore sells the books on a consignment basis instead of ordering them ahead of time. I tried to tell her, but she didn’t listen. Luckily she had a bunch of books in her car. She came home with no books, and reveled in her fortune for the rest of the day. Not much writing got done despite my efforts.

“What are you writing?”

“If you want to know, you could write the post yourself, love.”

She shakes her head and puts her headphones on.

As frustrating as it’s been to get her settled enough to write again, she’s putting in some nice effort. I keep telling her she has to focus more. If things were up to me, she would go away to a quiet cabin somewhere for a week, where I could really work on her. There is a place I put on her radar. Will she take my suggestion? Who the hell knows.

Of course, when I look up to check on her, she’s watching me instead of writing. Cute, but not productive. “Focus, love.”

She slides one headphone off. “What?”

“You know exactly what. Get your homework done.”

She sticks out her tongue before sliding the headphone back into place. At least she’s writing. When she declared she was going to take an online writing class, I wasn’t sure that was a good idea. I mean, she’s got a book to write, and a class would distract her.

No worries. Julie has been far more focused because, she says, the class is helping her write the infamous Book 2. And it’s with her writing teacher.

Thank the gods. I was considering pushing her into that urban fantasy again. And no, that has nothing to do with getting a cameo. We Muses work our magic away from the spotlight.

But it would be kinda fun to see what she comes up with.

“Don’t forget to put a picture of Zoey at the end.”

“I’ve got it, love. Finish your homework.” Which might be a challenge over the next months since her kids are home from college for the summer. Maybe I can get her to repurpose her son’s room sooner rather than later. And her book promo stuff. I miss the days when all my writer had to do was write. 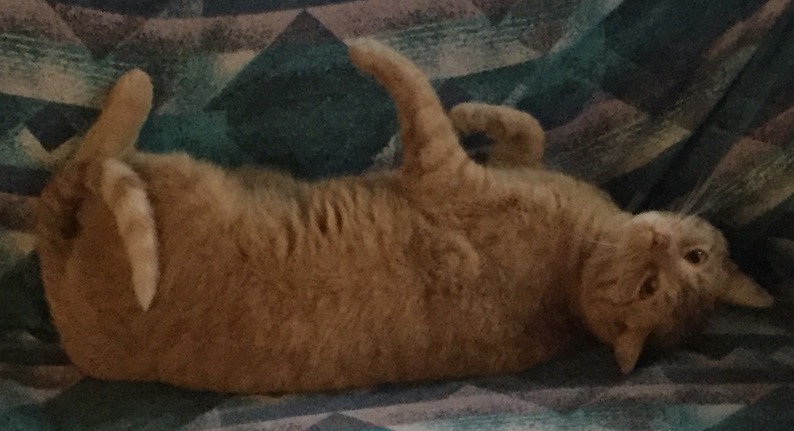 “Did you put in a picture of Zoey?”

A fiction writer since elementary school (many years ago), and NaNoWriMo annual participant for a decade, I have been published in small press magazines such as "Fighting Chance" and "The Galactic Citizen". I write adult mystery with a touch of romance, mystery with extrasensory elements, contemporary fantasy, and epic fantasy, and I'm represented by the fabulous Cynthia Zigmund of Second City Publishing Services. My debut novel, "Murder in Plane Sight", has been released by Camel Press (an imprint of Coffeetown Press/Epicenter Press). In real life, I am a technical writer and empty-nester with a wonderful hubby, one cat (what writer doesn't have cats??), two dogs, seven chickens, and more chipmunks, squirrels, and rabbits than any garden should have to deal with. My garden, our hobby farm, and Nature's annual seasons are some of my muses.